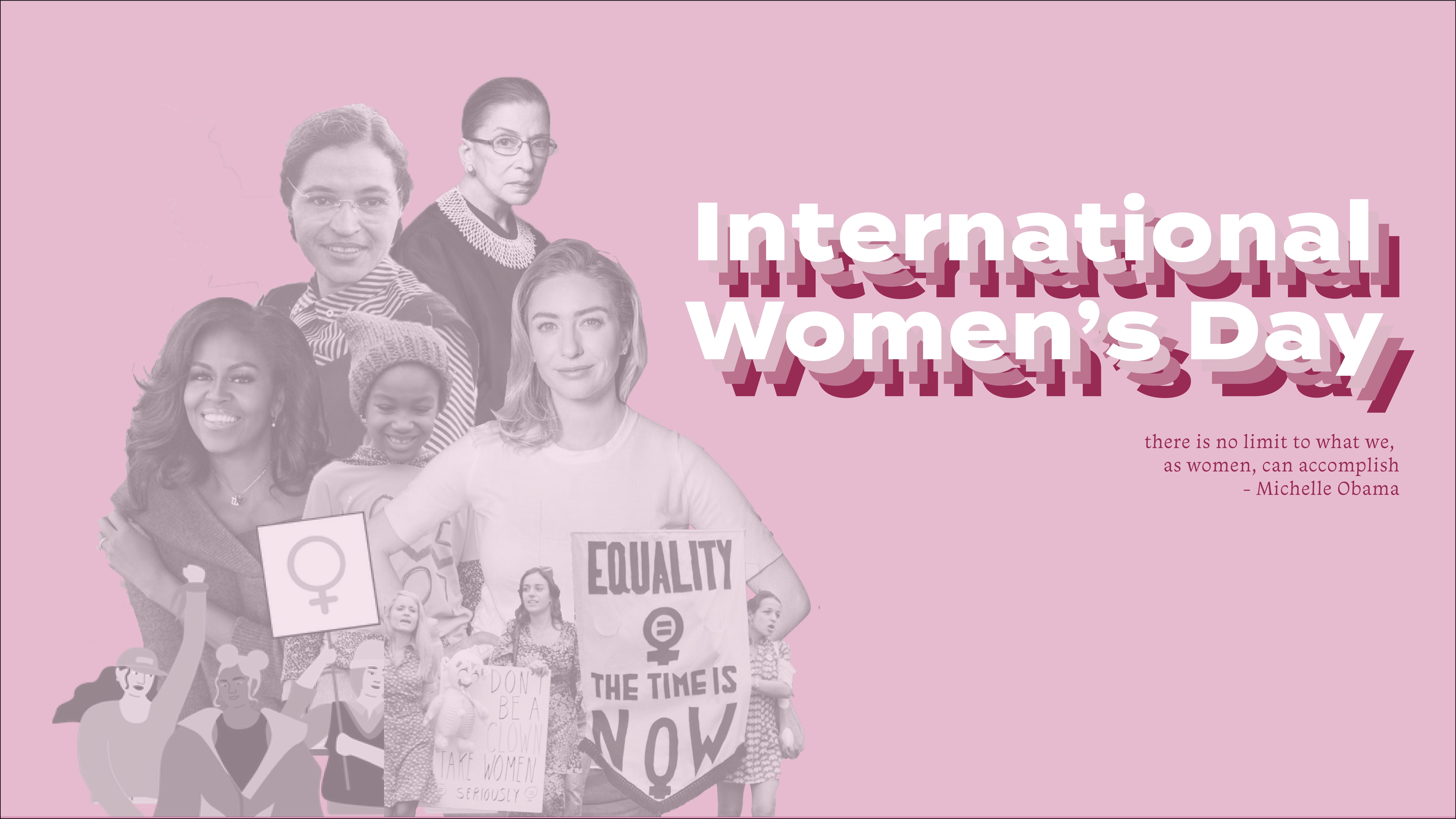 As women, we are faced with many challenges - from gender bias and inequality in the workplace to the pains and hassles of menstruating every month. Despite it all, these challenges are what make us continue to grow into a more powerful and beautiful community. This year’s International Women’s Day campaign theme is #ChooseToChallenge, a campaign focused on honoring and celebrating women’s achievements along with challenging others by calling out gender bias and inequality.

From Ruth Bader Ginsburg to Michelle Obama and more, we have been graced with so many powerful women who have paved the way for women to live in a more just and equal society. Another notable woman is Bumble’s CEO Whitney Wolfe Herd, who has made history with her company. In a world where dating was usually dominated by men, the female-focused dating app disrupted the dating scene. Bumble has defied traditional gender norms by giving women the power to make the first move. Years later, Bumble has grown immensely, transitioning from a female-focused dating app to a women-centric social media networking platform with over 40 million active users in over 150 countries.

At 31 years old, Whitney Wolfe Herd has brought Bumble public, making her the youngest female founder to take a U.S. company public. Bumble’s IPO, which raised $2.2 billion and valued the company at $7 billion at the time of its IPO, also makes Wolfe Herd a member of a small but growing group of female-founded companies to IPO. On Thursday, February 11th, Bumble (“BMBL”) priced its shares at $43 per share, above its initial range set. The company’s stocks were extremely successful trading up 77% of $76 per share and over 50 million shares being sold.

She really said “I’ll be my own sugar daddy.” That’s boss as f*ck.

“Our aim is to be another voice calling out for more investment in women-owned businesses and encourage others to take part in bringing amazing women entrepreneurs into the heavily-skewed venture capital ecosystem.”

From the dating scene to the workplace to politics, the world is still underestimating the power and intelligence of women. According to the 2021 Women, Business, and the Law report published by the World Bank, only 10 countries have full equal rights for women from a legal perspective. One of the countries that scored 100% on the report’s index is Belgium which continues to implement more equal rights for women such as closing the gender occupational gap, increasing the number of women in politics, and improving overall women’s rights (but there is still room for improvement!).

In the 21st century, women all over the world still face barriers, like hitting the glass ceiling at the workplace, or not being taken seriously. For instance, the United States, which scored 91.3% on the 2021 Women, Business, and the Law report, is infamous for its lack of laws for equal pay and pension, and parental leave. The challenges we face don’t take away from the fact that women are badass. Whitney Wolfe Herd is a testament that women-owned businesses can be successful and worth investing in -- even with the cards stacked against us.