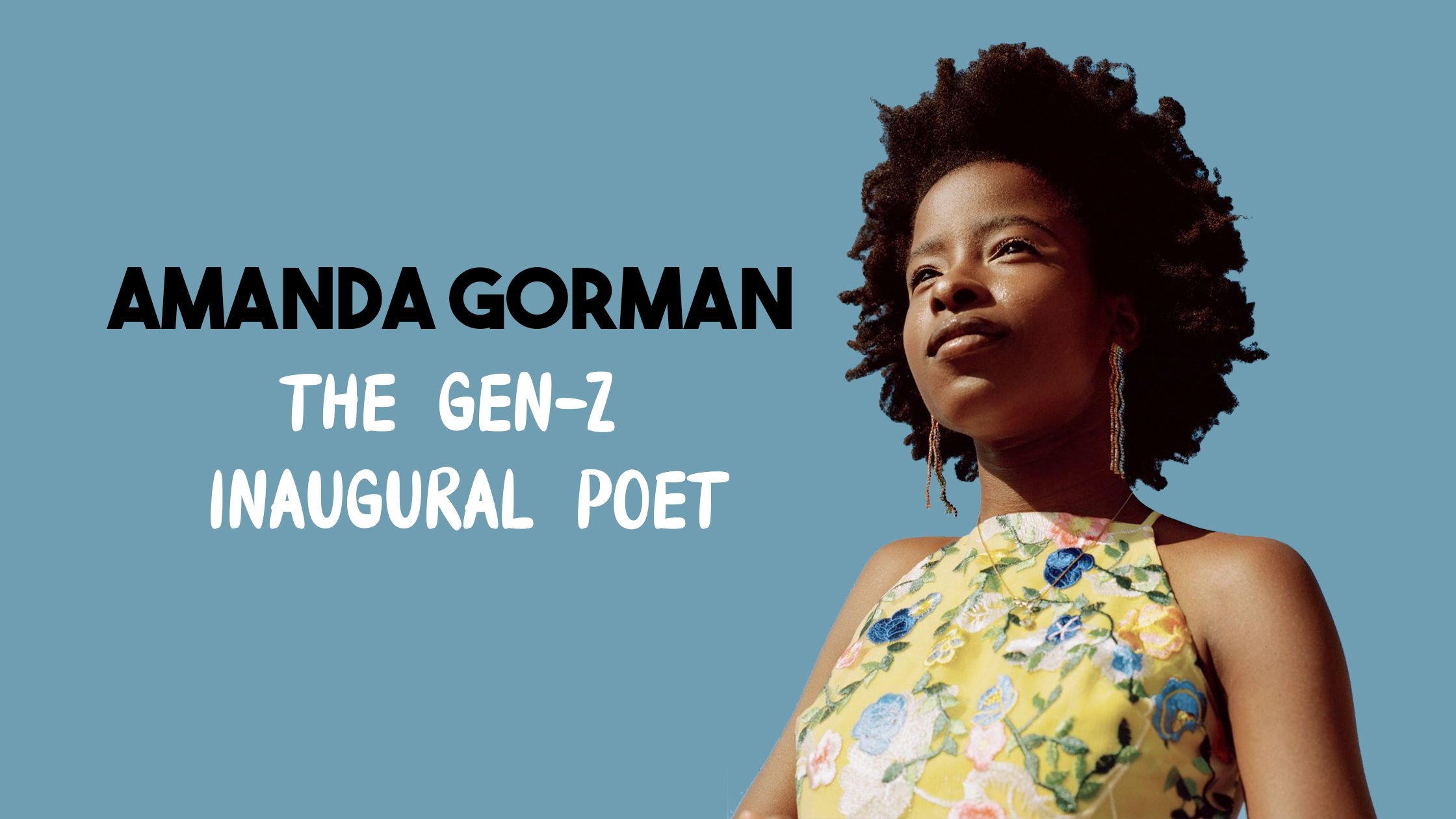 This year’s inauguration of President Joe Biden and Vice President Kamala Harris faced many historical firsts and changes, including Trump’s no-show, the capitol riots a few weeks before, an economic recession, and a worldwide pandemic. Despite these firsts and changes, this year’s inauguration ceremony of Biden and Harris brought hope for an extremely divided country.

Among the many events during every inauguration ceremony, the inaugural poem is a historical moment where passionate literary figures reflect on the state of the country, inspire the world, and speak on patriotism during the delivery of their poem. Over the years, these literary figures have included Maya Angelou reciting On the Pulse of Morning during Clinton’s first inauguration, Robert Frost reciting The Gift Outright during the inauguration of JFK, and Elizabeth Alexander reciting Praise Song for the Day during Obama’s first inauguration.

This year, the honor of reciting the inaugural poem was given to Amanda Gorman, a 22-year-old American poet and the youngest to ever deliver the presidential inaugural poem. The Gen-Z poet is America’s first national youth poet laureate and a Harvard Class of 2020 alumna who read her poem The Hill We Climb during this year’s inauguration ceremony -- speaking on the pain of America’s past, the promise of its future, and her love for this country. Inspired by Maya Angelou, Gorman’s inaugural poem emphasized unity, collaboration, and togetherness as she shared a hopeful vision for a deeply divided country. In spite of the racism and division over the four years of Trump’s administration, and especially after what happened in the U.S. Capitol, Gorman was energized to use this moment to share a message of hope, healing, and unity.

Amanda Gorman, born in Los Angeles in 1998 and raised by a single mother, was diagnosed with an auditory disorder that gave her a speech impediment, like President Biden. She was introduced to writing and poetry by her third-grade teacher, which sparked her passion for literature. Through writing and reciting poetry, she was able to find her voice and used it as a form of self-expression which helped with her speech impediment. Since sharing her poem during the inauguration ceremony, Gorman has taken the nation by storm where her passion for poetry and social justice sparked political conversation and inspired others to develop poetry education programs.