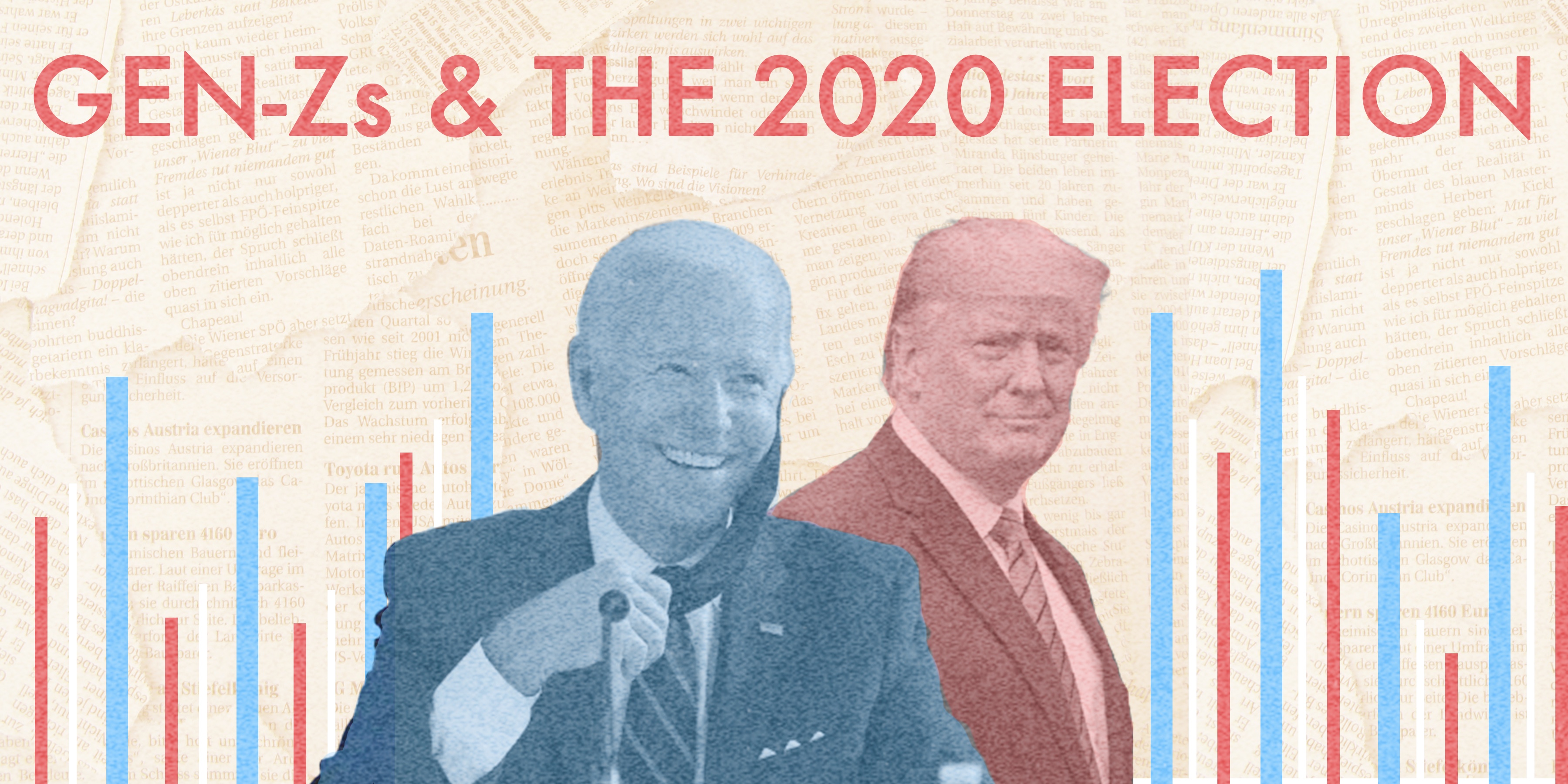 This election season has been a whirlwind, to say the least. People around the world are anxiously checking the election results every 20 minutes (or is it just me?). Regardless of the outcome, this election is truly unprecedented in many aspects: voter participation, divisiveness, the current pandemic at hand, social media’s prevalence, the rise of “fake news,” and so much more. It’s exciting (yet still absolutely terrifying) to be living through such an important historical moment.

There is much optimism to be found, though, in the ways young people nationwide have been making their voices heard throughout the past couple of months. For starters, voter turnout has been at an all-time high across America. Joe Biden has won more votes than any other presidential candidate in American history, a testament to the rising political differences in our country and the political empowerment newly felt (and encouraged) on both sides of America. Moreover, according to the US Elections Project, a nonpartisan site dedicated to collecting election data, overall voter turnout was the highest it’s been in the past 120 years.

In 2020, Gen-Z is no different than the rest of our politically-charged country: showing higher voter turnout nationwide than ever before, and speculated to be a deciding factor in swing states throughout this election season. After all, Tufts University’s nonpartisan CIRCLE has found that younger voters tend to favor Democratic candidates by a 30-point margin. “That alone could make the traditionally red state of Georgia more competitive,” CIRCLE analysts reported to the LA Times.

Such a high turnout of Gen-Z voters is not a surprise. According to a study by BBMG, which we referred to in our first blog:

“Gen-Z is twice as likely as any other generation to care more about issues of equality. Gen-Z is also more likely to say it can make a difference on issues through its own online efforts, a claim made by 43% of this generation versus 30% for all others.”

With many social issues being amplified in 2020, such as the Black Lives Matter movement or the USA’s lack of response to the COVID pandemic, this statistic is proving to be truer day-by-day.

According to USCM’s 2020 National Youth Poll, Gen-Z’s top social concerns are climate change, access to healthcare, and economic opportunity. Interestingly enough, these ideologies are usually seen as “left-leaning” amongst adults -- yet are actually adopted by many Gen-Z Republicans. Additionally, recent Pew Research data shows that Gen-Z Republicans are more likely than older Republicans to say that Black people are treated less fairly than white people. This generational divide has led to Gen-Z voters like “Stevens” in North Carolina, who voted Republican down the ballot but refused to vote for Donald Trump -- he instead surprisingly voted for Biden, who actually addresses the issues Stevens believes are more important. In an interview with PBS, Stevens says:

“Republicans are still not willing to say climate change is an issue. I think these are the issues that young voters care about and that we want both sides to talk about, but only one side is talking about them.”

Clearly, the current leaders of the Republican party have been slow to address similar Gen-Z social concerns.

The Democratic party arguably made a better impression on Gen-Z voters, starting with their overall messaging strategies -- and this time, it’s not as awkward as the “Pokémon Go To The Polls!” speech of 2016. Joe Biden created an Animal Crossing island for his supporters to visit, and Congresswoman Alexandria Ocasio-Cortez recently did an “Among Us” Twitch livestream with other popular streamers to increase voter turnout and awareness.

Most political efforts to engage the youth are focused on interaction and engagement with the community, allowing Gen-Z voters to feel more connected to political candidates in ways that are authentic to them. In a statement to CNN, Christian Tom, the director of digital partnerships for the Biden campaign, argued that "exploring is at the heart of Animal Crossing, and we know that Biden HQ will encourage players to explore all the ways they can make a plan to vote."